Chuck Amundsen, our Vice President of Strategic Accounts, will be officially retiring as of today, January 10th. He will, however, stay engaged with us as a Consultant and will be available to assist our Sales Team on large projects and as a resource for developing “budget estimates.” Chuck has had a long and illustrious career in the signage industry, and has developed many strong, strategic relationships throughout his career that have been instrumental in the Company winning many exterior signage projects.

Chuck started in the custom sign industry working for a small company in Sioux Falls, South Dakota in 1975. In 1981, he responded to an ad in Signs of the Times for Poblocki Sign Company. He interviewed with Jerry Poblocki and was offered the job the same day. Chuck’s tenure with Poblocki began with him being tasked with creating an estimating team for pricing signage projects. His background in engineering and design made this a great fit for him. Chuck developed an estimating system that worked effectively for many years. Chuck also worked as the company General Manager from ’81-’88 when the company had just 40 people (235 today.)

Chuck’s life progressed, and he got married and moved to Atlanta and he stayed in the signage industry. The Atlanta company he worked for closed, so he joined another sign company. In 2002, he rejoined Poblocki and opened an office in Atlanta. In 2004, he returned to Milwaukee to head up sales management. He found his strength to be in building sales relationships and transitioned into a major project business development role.

One of Chuck’s many memorable projects were the large lit channel letters on the Trump Tower in Chicago. The significant size of the letters required variances from the city, which were eventually granted. The engineering aspect of the project was a feat as well, and Chuck was invited to share the project in a presentation at a national SEGD meeting. More recent notable projects have been Pabst Farms and BJC Healthcare in St. Louis.

Throughout his time with us, he has been an invaluable resource to the entire Sales Team on a large number of exterior sign projects. His technical knowledge and sales acumen have been the key to winning many of the projects Chuck was involved in.

Chuck played competitive basketball until he was 62, and his knees finally called it quits. His new activity is disc golf. He finds it to be very competitive, fun and a great source of exercise. He enjoys the highly technical aspects of it, and it also allows him the opportunity to spend quality time with his adult children. Chuck is also looking forward to traveling with his wife in his retirement.

We thank Chuck for his enthusiasm, professionalism, technical knowledge, his willingness to mentor our Sales Team, and his sales expertise. He will be greatly missed and long remembered. 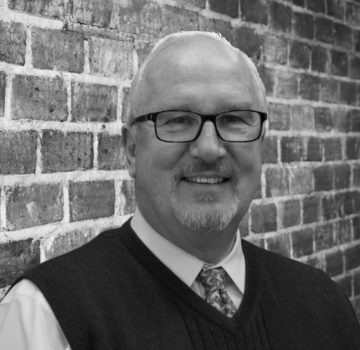