Akamai chose Cambridge, MA for the site of their new corporate headquarters. We were proud to work with a company with a great story. Akamai was founded by MIT graduate student Danny Lewin and his advisor Professor F. Thomson Leighton, who met a challenge from web pioneer Tim Berners-Lee to come up with an algorithm for optimising internet traffic. In the facility, we built the dedication wall to Lewin. Lewin, a former officer in the Israeli Defence Force, was flying on American Airlines Flight 11 from Boston to Los Angeles when he confronted hijackers and lost his life. He was the first person to be killed in the 9/11 attacks.

This project was a complete head-to-toe project including interior signage, branding, large scale graphics, architectural pieces and exterior signage. To bring this project to fruition, it took a powerhouse team including Boston Properties, Northstar Project Management, Akamai, Sasaki, Turner Construction and Poblocki Sign Company. The project was so successful we have been asked to do additional projects at their corporate headquarters.

View day and night views of the high-rise signage in Boston. 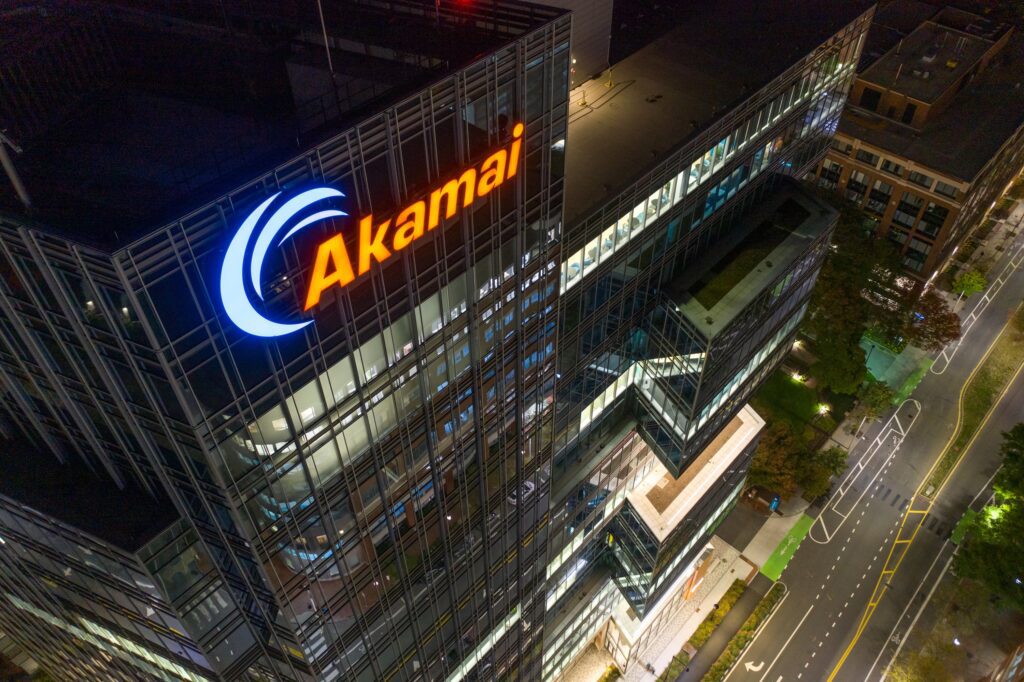 The project was sizable, had many team players with whom to coordinate, and the timeframe was limited. We utilized various resources from all of our business units to accommodate the timeframe.

We were able to execute the installation flawlessly, and the outcome was a highly visible landmark that can be seen from most of Boston.